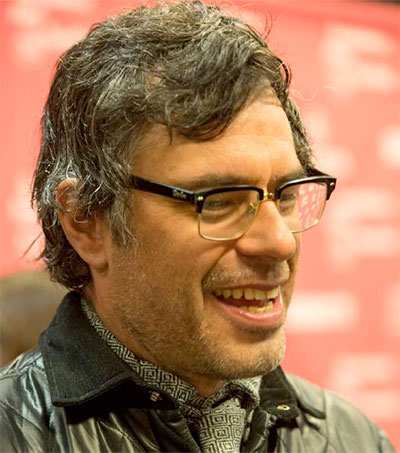 The Utah filmmakers who begat Napoleon Dynamite made a triumphant return to the Sundance Film Festival with New Zealand actor Jemaine Clement playing opposite American funnyman Sam Rockwell in Don Verdean, a movie about faith and fraud.

In Don Verdean, Rockwell stars as the title character, a biblical archaeologist who finds relics mentioned in scripture such as the shears that cut Samson’s hair. Preacher Tony Lazarus (Danny McBride) hires Verdean to find more artifacts in the Holy Land, and Verdean partners with an Israeli fixer, Boaz (Clement). When their efforts are fruitless, Verdean and Boaz conspire to fake a few ancient items.

Perhaps the closest Don Verdean comes to sacrilege is when Boaz tries to seduce Carol (Amy Ryan), Don’s devoutly Christian assistant, with his dance moves. At one point, Boaz stretches his arms out in a manner that, if one were trying hard to be offended, vaguely resembles the Crucifixion. Clement repeated those dance moves on request during the Sundance Q&A, provoking howls of delight.