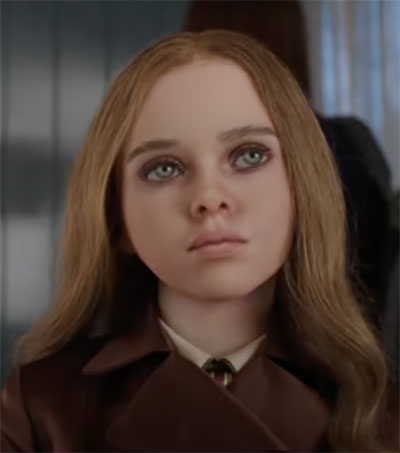 “Gemma (Allison Williams), a robotics engineer, works for the Funki Toy company, where she spends her time designing gizmos like PurrpetualPetz, a programmed fuzzball that eats, poops, and makes snarky comments. But Gemma has bigger dreams. She has hijacked $100,000 of the company’s money to create the prototype for M3GAN (short for Model 3 Generative Android), building her out of a metallic skeleton, silicon skin, lasers, radar, and a highly developed artificial intelligence that allows her to speak like the world’s wittiest Siri companion.

“Movies released during the first week of January tend to share a quality of utter disposability, but M3GAN almost feels like it could be a cult film, the sort of thriller that generates a small but devoted following and maybe a sequel or two.”

“Johnstone doesn’t go for elaborate suspense sequences or truly intense scares. He wants to please, not rattle. And while there are some hints at social commentary on how modern mothers and fathers use technology to outsource parenting, this movie is smart enough to never take itself too seriously.”