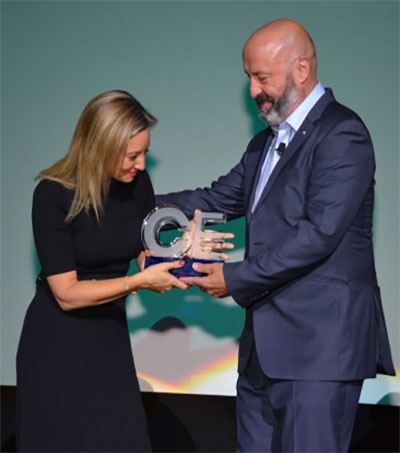 Studiocanal CEO New Zealand-born Anna Marsh has been named International Distributor of the Year at CineEurope, the exhibition conference which took place in June, in Barcelona.

Andrew Sunshine, president of CineEurope organiser Film Expo Group, said Marsh “defines what an executive is and is well respected throughout our industry.”

“Anna is a natural leader who has helped take Studiocanal – the European leader in the production and distribution of features films and TV series – to the next level and could not be more deserving of this award,” Sunshine continued.

Marsh, who graduated from the prestigious French business school HEC and began her career working in sales at Tele Images Productions and TF1 International, joined Studiocanal in 2008 as VP of international sales. Boasting nearly 20 years of experience in the entertainment industry, the well-respected executive was appointed CEO of Studiocanal in 2019 and became a member of Canal+ Group’s management board in 2022.