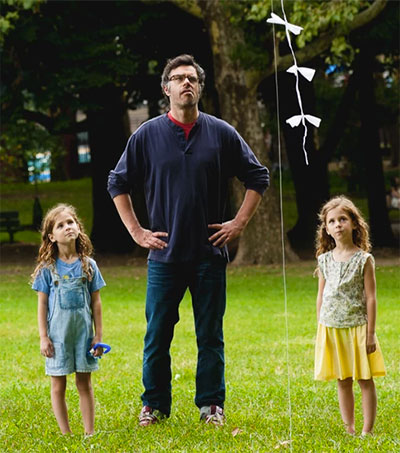 New Zealand actor Jemaine Clement’s performance in the “not quite rom-com” People Places Things “is understated, often characterised by the type of deadpan wit familiar to fans of his breakout HBO series Flight of the Conchords,” Rebecca Tucker writes for the National Post.

But while Clement, 41, gets most of the screen time in People Places Things, he’d prefer to not be characterised as its leading man. “That has connotations of the golden days of Hollywood, like Clark Gable or something,” he says. “I’m the protagonist.”

Clement says he’s not being modest in downplaying his role in the film. “In fact, when I started coming to America, I’d have meetings and sometimes people would say we want you to write a movie for yourself,” he says, “and I was just like, I don’t want the kind of life that that might bring. There’s different levels. That’s not what I’m looking for professionally, and it’s not what I’m looking for in my life.”

Regardless, the actor has a big year ahead of him. Masterton-born Clement will return to HBO in 2016 with a recurring part on the Sarah Jessica Parker-starring series Divorce and is a star player in next year’s big screen adaptation of Roald Dahl’s The Big Friendly Giant.