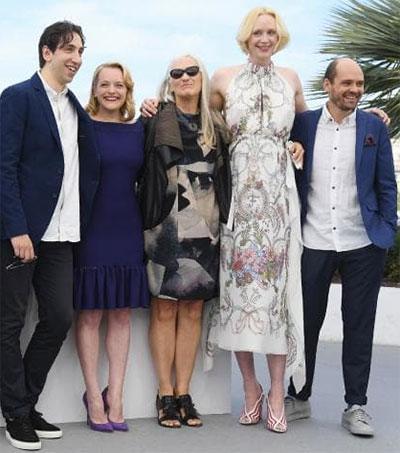 Jane Campion on Why She Went Back to the Lake

Top Of The Lake: China Girl’s Jane Campion talks to film magazine Screen Daily about the importance of telling stories from a female point of view.

“Motherhood is a very underwritten topic, especially in those hidden areas of miscarriage and pain and agony,” Wellington-born Campion, 64, says. “Women know more about it, basically, but because women are not on the whole providing the material or deciding what’s going to get shown, we don’t get enough of it.”

The theme of motherhood in all its guises weaves its way through Campion’s six-part crime series Top Of The Lake: China Girl. The story picks up four years on from the first series, which was nominated for eight Primetime Emmys, winning for outstanding cinematography.

Looking ahead, Campion does not discount a third series of Top Of The Lake. “I am not thinking of doing it right now but I do sometimes think in my mind about it. I really loved doing these two series and I do think with television, I took the freedom that was offered me and I never thought, ‘What are the reviewers going to say? What are the audiences going to say?’ like you would with a film. And we were really lucky with an audience finding us.”

Creatively speaking, Campion says she was happy to take notes from the broadcasters as “it’s really helpful when you are trying to manage six hours of story”, she explains. “I do listen to them and try them out because I want to. I think what everybody wanted was the creation that Gerard and I were going to come up with. They didn’t want their own version. They wanted our version and we wanted that too.”

Campion was appointed a Dame Companion of the New Zealand Order of Merit in the 2016 New Year Honours, for services to film.