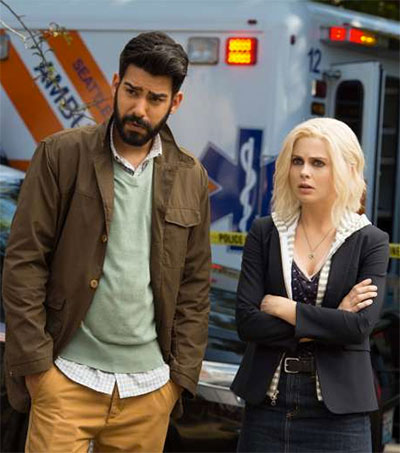 Rose McIver, the New Zealand actress who plays crime-solving zombie, Liv Moore, says the character has become an unlikely role model for many fans, which may explain why iZombie has been ratings gold for The CW, the youth-oriented network it airs on in the United States.

Speaking to the Straits Times in Vancouver, where the show is filmed, the 27-year-old actress reveals that some viewers even try to recreate Liv’s pale complexion and Goth-style make-up, which for young fans symbolises the outsider status they identify with.

“As a teenager, I had a terrible haircut and I didn’t look like all the girls I saw on TV,” McIver says. “To have a hero who can embrace that she is herself and that she is something else is definitely getting a bit of a response from audiences. And I think that’s great for young women’s self- esteem, especially.”

The actress believes the genre as a whole is still evolving and has gradually moved from the classic horror of 1968’s Night Of The Living Dead to comedies such as Shaun Of The Dead (2004) and Warm Bodies (2013), a romance.

“I think what is interesting about this genre is it has been able to transcend more than just one era,” says the performer, who starred in children’s TV series Power Rangers RPM and who also guest-starred on shows such as Once Upon A Time.