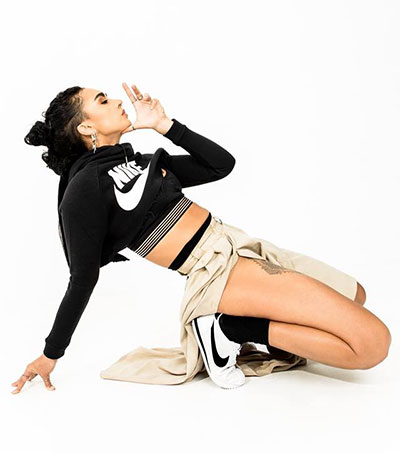 Fashion has long had an obsession with “dressing like a French girl,” but the truth is that Paris isn’t the only city with seriously stylish residents. In their column “International It Girl,” industry news site Fashionista celebrates their fashion inspirations from all over the world. This week it’s New Zealand, and features plus size model Georgia Pratt, poet and dancer Jahra “Rager” Wasasala (pictured), Lonely founder and designer Helene Morris, model Georgia Fowler and stylist Zara Mirkin.

Whether they’re models, designers or stylists now, almost all of them recall their upbringings in New Zealand as connected to nature in a way that impacted how they think about clothing. Whatever else it was going to be, their style needed to be laid-back enough to not get in the way of being active outdoors.

There is a universal unfussiness that shines through in the style of fashion’s favourite New Zealanders. Whether it’s Stella Maxwell’s minimal but sexy off-duty style or Lorde’s penchant for wild hair, even the most in-the-spotlight New Zealanders find ways to make the glamour of international stardom seem far from try-hard.

Wasasala’s often politicised work deals with womanhood, her heritage as a mixed-race New Zealander, the body and the divine. Along the way, Wasasala’s own striking looks and penchant for traditional tattoos, or tatau, has made her portfolio of work – which is engagingly presented on her Instagram – a jumping-off point for conversations about how beauty is perceived and metabolised both in New Zealand and beyond.

“I view my body as … a powerful and holy thing, which translates to the tatau that I adorn my body with,” Wasasala says.