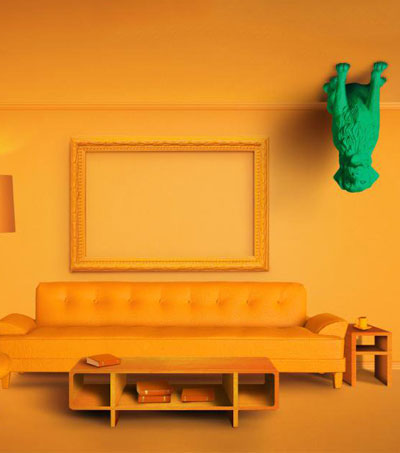 At Magic Leap, the start-up that secretly raised nearly $1.4 billion in venture capital, humanoid robots are walking down the halls, green reptilian monsters hang out in the lounge and there are cartoon fairies and war machines. “All these wonders are illusions, conjured into being through the lenses of a mixed reality headset–the arcane invention of the startup called Magic Leap,” writes David M. Ewalt for Forbes. New Zealander Richard Taylor, CEO of Weta Workshop is a member of Magic Leap’s board.

After operating in extreme secrecy since it was founded in 2011, the start-up founded by Rony Abovitz is coming out of the shadows. Magic Leap has never “given a public demonstration of a product, never announced a product, never explained the proprietary “lightfield” technology that powers its product,” and yet “seemingly every blue-chip tech investor” seems to have a chunk including Andreessen Horowitz, Kleiner Perkins, Google, JPMorgan, Fidelity and Alibaba, plus there’s backing from less conventional sources such as Warner Bros. and Legendary Entertainment,” as reported in the article.

In a rare interview Abovitz says Magic Leap has spent a billion dollars perfecting a prototype, which “could usher in a new era of computing, a next-generation interface we’ll use for decades to come” and has begun constructing manufacturing lines in Florida. “We are building a new kind of contextual computer. We’re doing something really, really different,” said Abovitz.

“Magic Leap’s innovation isn’t just a high-tech display–it’s a disruption machine. This technology could affect every business that uses screens or computers and many that don’t. Throw out your PC, your laptop and your mobile phone, because the computing power you need will be in your glasses, and they can make a display appear anywhere, at any size you like,” writes M. Ewalt.

Neither virtual reality nor augmented reality can do what Magic Leap’s “mixed reality” does. “VR takes you to another place. AR can make a Pikachu appear in your living room. Mixed reality keeps you where you are–and makes that Pikachu come to life,” as reported in the article.

“The centerpiece of Magic Leap’s technology is a head-mounted display, but the final product should fit into a pair of spectacles. When you’re wearing the device, it doesn’t block your view of the world; the hardware projects an image directly onto your retina through an optics system built into a piece of semitransparent glass,” as reported in the article.

Rony Abovitz “cofounded his first company, Z-KAT, in 1997. In 2004 Abovitz and several of his cofounders spun out Z-KAT’s robotics group into a new company, Mako Surgical, that made robotic arms to assist doctors in orthopedic surgeries,” as reported in the article. While working full-time “Abovitz found an outlet for his creative side in a project he called Hour Blue–his own fictional fantasy world, an alien planet full of fantastic creatures like talking robots and flying whales.” In 2010 he founded Magic Leap Studios to develop the project as a graphic novel series and a feature film franchise and hired “Weta Workshop to develop imagery based on his story ideas and flesh out the world.”

“It was a unique moment. … Reality and science fiction began to merge. The fictitious technologies that we were creating for Hour Blue were developing in parallel to the real-world applications of augmented technology that Rony was beginning to explore,” said Richard Taylor, CEO of Weta Workshop.

“The first time we had a single pixel in space, where we could move it around the room, we were so excited. Other people were like, ‘What is that? That’s just a dot.’ But we knew. I knew at that point this was going to work,” said Abovitz.

“We invested in Magic Leap because we believe their lightfield technology is the next big inflection point in technology after the PC, the Web and the smartphone,” said James Joaquin of Obvious Ventures, a San Francisco-based venture capital fund he cofounded with Twitter’s Evan Williams and a third partner.