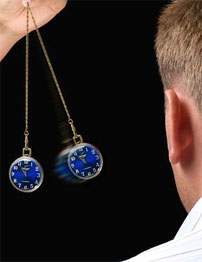 Auckland Regional Pain Service pain specialist Dr Bob Large says he expects hypnosis will be used more widely in the future as a form of analgesia and anaesthesia. Large, who was a guest speaker at the recent Australian and New Zealand College of Anaesthetists conference in Perth, said some people could even have surgery under hypnosis. “Some people are capable of very, very impressive anaesthesia and analgesia with hypnosis,” Large said. He said being hypnotised before an operation had advantages as opposed to using gas or a needle. “I think in the first instance it helps them feel less apprehensive about the process.” Large said about 10 to 15 per cent of the population was hypnotisable.