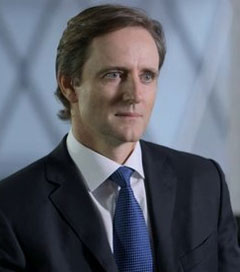 How Wilson Plans to Revive Aviva

Although the Aviva name will remain, New Zealand-born Mark Wilson is turning the British multinational insurer into is a very different company from that which his predecessor envisaged, The Telegraph’s James Quinn writes. This week, Wilson, announced the first set of results for which he has been responsible. They were solid, showing profit before tax of £776m in the six months to the end of June, against a £624m loss in the same period last year, and he took the opportunity to wash away former chief executive Andrew Moss’s legacy.

In all, Wilson has used his first eight months in the role to outline a strategy which investors understand, and, perhaps more importantly, appear to back. Central to this strategy is Wilson’s decision to segment Aviva’s geographical and divisional business units into three clear compartments: cash generators, turnaround businesses, and growth markets. “That’s how we manage them, and we have a different focus for each,” said Wilson.

But for all the talk of future growth, Wilson was clear that for the near future, he wanted to remind investors he will remain grounded. “At the start of the year I said we wanted Aviva to be as predictable as a Swiss clock,” said Wilson. “At this stage, we’re not quite a precision instrument, but we’re getting there.”

For now, his analogy may simply be a variant of the “boring but reliable” mantra which is increasingly espoused by chief executives in the financial services sector – Barclays’ Antony Jenkins and Lloyds Banking Group’s Antonio Horta-Osorio to name but two – but it is one investors appear to welcome.