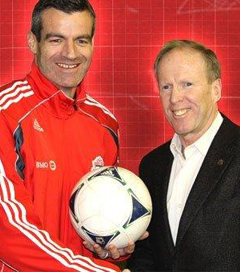 How US Soccer is Helping the NZ Game

In the US, football is called soccer and the major tournament is Major League Soccer (MLS), which has its own website. In a recent fascinating feature-length post, the website highlights how the “MLS fingerprints are all over New Zealand”. But it also asks whether this is beneficial for the long-term health of soccer Downunder.

For some, exposure to the American league was the making of them. Both Elliott and Nelsen, arguably New Zealand’s greatest footballer, were lured to Stanford University by former All Whites coach Bobby Clark, and their success in the MLS helped both make the leap to the English Premier League.

Their trailblazing path set the template for other Kiwis to follow. MLSsoccer.com’s Jonah Freedman says the league and the American college system “has done more to advance the game back home than anywhere outside of New Zealand. Perhaps even more”.

The MLS offers an infrastructure across the US and Canada that New Zealand has yet to develop and cannot match, say Oughton and Nelsen.

Elliott, however, has his reservations: “We shouldn’t have to rely on MLS to help us. For individual players, yes, it makes sense. But we’ve got to do a better job cultivating our own and giving them a place to play without making them feel like they need to go thousands of miles away.”

Even so, the national side clearly needs help, as evidenced by their Mexican annihiliation at the Estadio Azteca.

“Come the wee hours of Wednesday morning in Wellington, Mexico will likely finish the job and the All Whites will break camp looking ahead to qualifying for Russia 2018,” writes Freedman.

“In the meantime, Kiwis will continue to be welcomed here.”