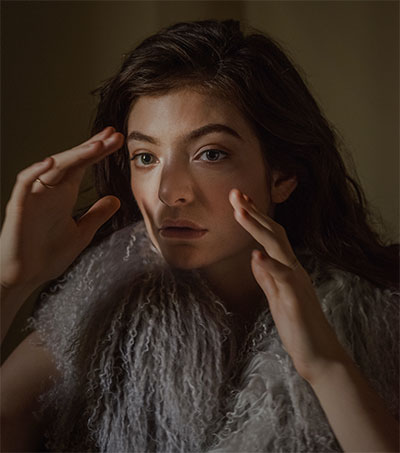 How Lorde Became the Life of the Party

Playing to tens of thousands of people at the main stage of Coachella is a disquieting proposition for a self-described introvert, TIME magazine’s Sam Lansky writes. But Lorde is making some of the most exciting music in pop by living in contradictions like this. Her second album, Melodrama, out 16 June, packs an emotional wallop, especially considering how coolly analytical her debut was.

This record is not only a test of her unique position in the pop firmament but also an attempt to capture the feeling of being young in 2017: tense, urgent, uncertain about the future. To be a success, it needs to speak to this moment. As she puts it, “Nobody wants an apathetic pop record right now.”

Lorde talks about pop music as though it’s both rocket science and the highest art form. “A lot of people make pop music because it will make them rich,” she says. “I make this music because I’m obsessed with it and I think it’s the best thing in the world.”

She says she’s mostly indifferent to her commercial performance. “Part of me feels like everything I do from now on, if it’s not as big as ‘Royals,’ some people will perceive it as a failure. But for me, I’m going to spend my life worshipping the form. Sometimes that will just mean that it comes on at a party and everyone runs to the dance floor.”

She talks more about the shape of the album, about what she calls the “narrative thread” running through Melodrama, a record about partying that’s complicated and dynamic. “I love that it isn’t 11 bangers, that it doesn’t stick to one frequency,” she says. “Songs exist in abstract incarnations of what the idea of a party means. A party can be literal, but it can also be something emotional.”