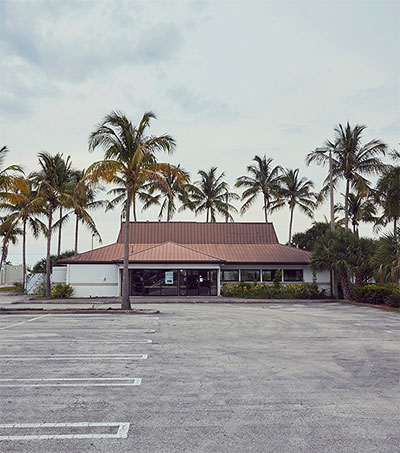 New Zealand photographer Ho Hai Tran has launched a Kickstarter campaign to raise money for a book that will record his photographic journey of over 8700 miles from Australia to the US to document repurposed, refurbished, and relocated Pizza Huts.

Tran and his collaborator, editor, and creative director Chloe Cahill talk to Vice magazine about what drove them into the nostalgic world of Pizza Hut architecture and what they’ve learned from their journey into the architecture of the fast-food pizza chain of our childhoods – the one that presidential candidate, Donald Trump, used to shill for.

Tran tells the magazine that the structures he found range from the drastically transformed to the barely touched.

“Every business puts some spin on the building and sometimes we have to do a lot of research to confirm that a building was in fact a Pizza Hut,” Tran says.

He explains his family and friends’ reactions to the concept: “For a long time our friends and family just knew that on our weekends and in our spare time we drove around taking photos of Pizza Huts. They’ve seen most of it now and they can see the vision and everyone’s as invested as we are in the project and the preservation aspect.”

Tran is based in Sydney. His body of work on pigeon fancying was awarded first place in the Photo District News (PDN) portrait prize (animal category) He co-authored the book, On Pigeons, which was published in print and as an app for the iPad in 2010.