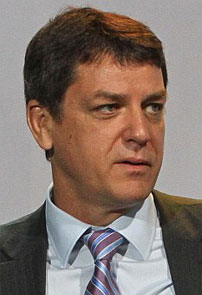 Hiring Ahead of the Pack

New Zealander Stephen Jennings is CEO of emerging markets investment bank Renaissance Group, “the bank that keeps on hiring”, and a company “running the other way and obeying Warren Buffett about being greedy when others are fearful.” Renaissance has added nearly 300 staff since the beginning of last year — an increase of 42 per cent — taking its overall staffing to just under 1000 by the end of June, and this even through the downturn. The Financial News’ William Wright asks: “When was the last time your bank held an investment conference in Rwanda? Since Renaissance Capital was launched in Moscow in 1995 by Jennings and Boris Jordan (both former bankers at Credit Suisse), it has built its business exclusively on those markets where larger rivals fear to tread.” In the first half of this year, revenues increased 56 per cent to $211m.