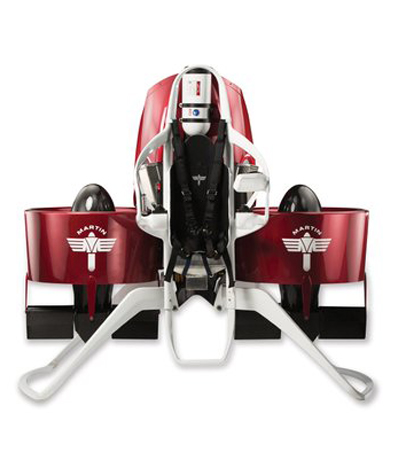 “Until now, the idea of flying your own jetpack has been largely fantasy. But 2016 could be the year when it takes off commercially”, writes Stuart Clark for The Guardian.

According to the article several companies are racing to bring a practical jetpack to the market. One of them is New Zealand company Martin Jetpack.

“We have spent the last 34 years developing the world’s first practical commercial jetpack that people can own and fly,” said Mike Tournier, Vice President Sales and Marketing at Martin Jetpack.

They aim to begin shipping in 2017 with a price tag of about $150,000 and have recently reached an agreement with Dubai’s directorate of civil defence to supply up to 20 machines for emergency response.

Martin Jetpack is also starting Iron Man clubs, “where private individuals can come along and fly the dream,” according to Tournier.

The company’s jetpack was named as a Time magazine top 50 invention for 2010.