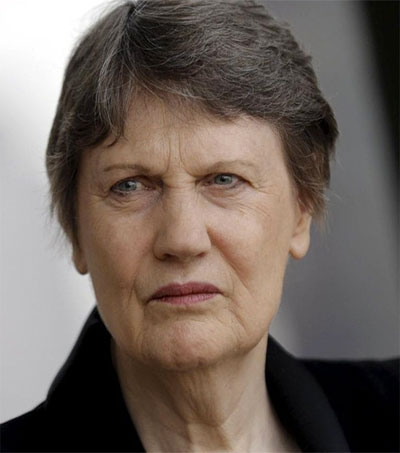 Helen Clark on Why You Should Never Have a Plan B

The greatest challenge for women is getting into leadership positions, not actually leading, says Helen Clark former Prime Minister of New Zealand and current head of the United Nations Development Programme (UNDP). Clark outlines for Forbes what she believes it takes to succeed against the odds.

Having broken her share of glass ceilings to serve as New Zealand’s first female-elected Prime Minister from 1996 until 2008, then taking up the third most important job at the UN in 2009, Clark is not giving up. She is one of nine candidates currently vying for the top job as the UN’s Secretary General. In fact, when asked if she has thought about devising a backup plan should she not succeed, Clark responds “No I haven’t. There is no plan B. Only plan A.”

Clark says a key challenge for women aspiring to leadership positions, is overcoming gender stereotypes and abnormal levels of scrutiny. “Hopefully once someone has broken them, those stereotypes are put in the cupboard and people say well we had a women prime minister and it worked for us,” Clark says.

Belief in yourself is the key to overcoming these challenges. “If you don’t have confidence in yourself no one will. Just go on the facts that women can do the job as well if not better than any man,” she said. “You have to be confident that you have as much to offer as the assertive male who is trying to get in,” she says.

Clark also says to take risks and to build a strong support base.