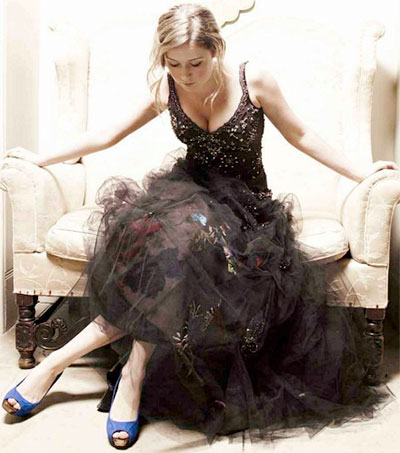 Acclaimed Christchurch-born soprano Hayley Westenra, 27, who has mesmerised audiences across continents, appeared with the Wisconsin Chamber Orchestra (WCO) at the Orpheum Theater on 18 and 19 December singing Christmas favourites.

Despite her young age, Westenra has published an autobiography, is a UNICEF goodwill ambassador, and her Wikipedia page is as long as those of stars twice her age.

Westenra first sang for Madison audiences at the WCO’s Concerts on the Square in July 2004. “We were the first orchestra in North America to feature her,” conductor Andrew Sewell says. “The concert swelled to be one of our largest Concerts on the Square audiences. People drove from as far away as Idaho to attend [over 2000km].” At the time, her international debut album, Pure, was climbing the charts; it would eventually sell about 2 million copies worldwide.

Besides a voice that makes you stop and listen, Westenra has a contemporary view of music that embraces many styles and considers them equally relevant. As a result, even though her concerts are usually billed as classical or classical crossover, she sings a wide array of repertoire in several languages.

In her autobiography, Hayley Westenra: In her Own Voice, with Darren Henley, she writes: “I simply want to make music that connects with real people, no matter who they are or where they come from.”