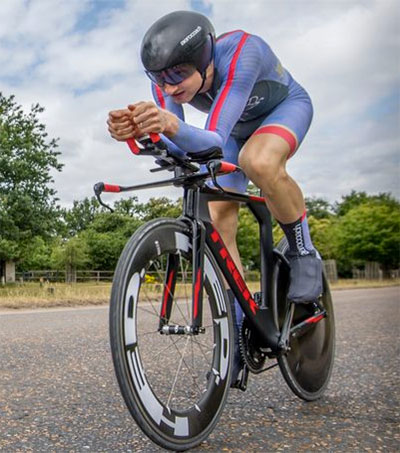 But what do you do when winning becomes routine? In Bond’s case he decided he wanted to experience what losing felt like – so the 32-year-old switched strokes for spokes and blades for blazing saddles with an ambitious target of winning a cycling medal at the Tokyo Olympics in 2020.

“Losing is almost refreshing,” Bond said of his second sporting foray. “I’ve lost more cycling races than I’ve won. On the bike I’m the underdog, the dark horse. I like that.”

“I want to be competitive against the very best in the world and target a medal in Tokyo,” he says. “Whether that’s realistic or not, I’ll find out. If it’s not, that will be disappointing but at least I’ve given it a crack. That first test of realism comes at the Commonwealth Games.

“And rather than carry on in the boat, I wanted to give the cycling some of my good years rather than the old man years. I reckon I’ve still got two or three good years left at it.”

Embraced by the UK’s cycling and rowing communities alike, he also worked with Aerocoach, a business focused on aerodynamic testing and cutting edge cycling products.

Collaborating with Xavier Disley and his team, Bond estimates that pounding around the boards of Newport Velodrome in Wales, he reduced his drag by some 10 per cent.

Whether that gives Bond the license to fulfill his cycling medal ambitions is another matter. He’ll have a better idea of where he stands once the Commonwealth Games are over.