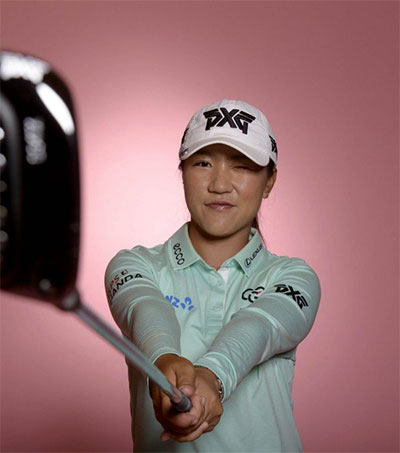 “It’s already my fifth year on the tour and I feel like I kind of set the bar very high for me at an early age,” New Zealand professional golfer Lydia Ko tells CNN Sport. “That’s why expectations went sky high.”

Over the course of a 25-minute conversation, Ko returns to the word “confidence” 11 times. She compares it to “a 15th club in the bag”, arguing it’s “almost the most important”. As Ko puts it, “Week in week out, the amount of talent or skill doesn’t change that much, but confidence can be a huge momentum builder.” Imagine her relief at this April’s Mediheal Championship, then, when the “best” three-wood she’s ever hit set Ko up for a first LPGA Tour victory in almost two years.

Not worrying could be the key to Ko recovering her best form. Looking back at when she won the 2012 CN Canadian Open at the age of 15, the player recalls she “laughed the whole time and didn’t really know what was going on”. There was a freedom to her game – unfettered by the weight of expectation that comes with being placed on a pedestal as a phenomenon.

Today, she says the best piece of advice she’s ever been given was from Stacy Lewis, a former world No 1 who also went several years without an LGPA Tour win. “She called around the end of last year and said, ‘Hey, you’re playing well. Don’t worry about what happened in the past. All you can do is just focus and enjoy the moment now,’” Ko recalls. “And that was really huge for me, because she’s been in my shoes before.” Ko has come to terms with the fact that not everyone peaks at the same time.

“I guess every athlete is so different,” she muses. “Some athletes, they’ve won the same amount of titles as another, but one might have won the majority at the end of the career, or maybe progressively like Dustin Johnson’s done, having won every season for a really long time.”

But she strongly refutes any suggestion that her early success means she has less to play for going forward. Her biggest goals are to complete the career grand slam and once again compete at the Olympics, having won silver at Rio 2016. Aged 21, with at least nine years ahead of her, Ko still has plenty of time.