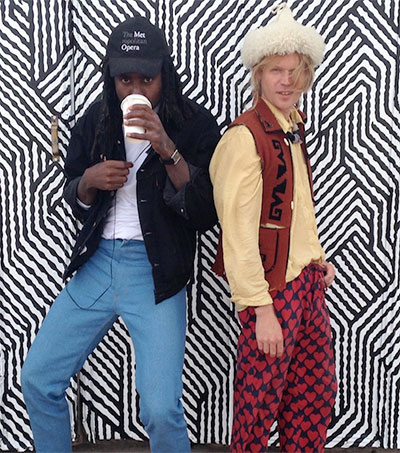 Following a residency at Marfa Myths – a festival in Texas curated by record label Mexican Summer and Ballroom Marfa, which Mockasin spent recording with British singer Dev Hynes – he found himself in Los Angeles on the hunt for inspiration. Looking out at the Hollywood Hills, i-D magazine talked with him about the music industry, life without a phone, and not knowing what comes next.

“I don’t have a phone, a music collection, or an iPod,” Mockasin says. “I don’t like being with people on their phones – I see how it affects people. With things like Instagram, people become obsessed with seeing how many likes they’re getting and how many followers they have. I like to have my own life; I don’t want to share everything.

Mockasin toured with Radiohead in New Zealand and Australia throughout November 2012. He released his second album, Caramel in 2013.