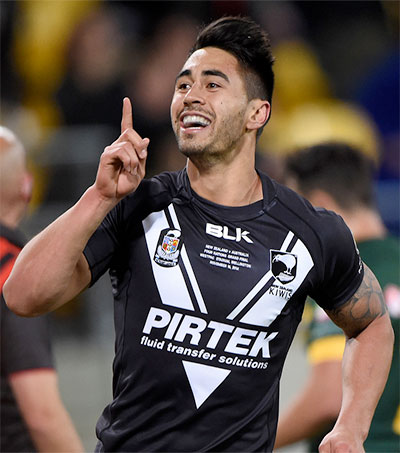 Warriors half-back Shaun Johnson has won the Golden Boot for the best rugby league player in 2014, only the fourth New Zealander to win the prestigious award.

The New Zealand Warriors playmaker, who broke England’s hearts with a last-minute try and conversion in the semi-finals of the 2013 World Cup, produced a man-of-the-match performance in the 2014 Four Nations final in Wellington last month as the Kiwis defeated Australia to lift the title – a performance that impressed the 13-man voting panel.

“I felt I finished the year really well and was able to take that into the Four Nations and was really happy with how I played for the Kiwis,” Johnson said. “To receive this is pretty unreal to be honest.”

The world team of the year includes six New Zealanders and four Australians.