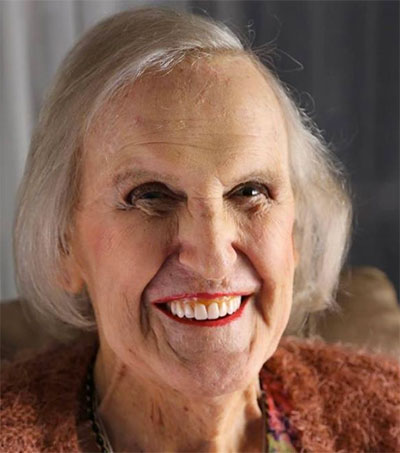 Hastings-born Colleen Young lived a clandestine life for 82 years, constantly fearful that what she called her “problem” would be exposed. Shoes were her “safe place” and where she could be herself, even as a little boy, called John, growing up in New Zealand.

Sadly, she never had the chance to fulfil her dream of becoming what she called a “real woman”.

Colleen died in Coffs Harbour in 2018, aged 86, without having had an opportunity to undergo gender reassignment surgery.

Before she died, Colleen shared her story with Australian filmmaker Ian Thomson. The resulting documentary, Becoming Colleen, is a poignant glimpse at the challenges she faced over her lifetime trying to keep her secret.

In it, we learn that her secret desire to live as a woman was revealed 20 years into her marriage, when Heather Young found her husband trying on her shoes and clothes.

But rather than that signalling the end of their marriage, Heather helped Colleen to fulfil her wish and together, the couple maintained Colleen’s masculine facade, keeping their shared secret from their two sons and friends.

Thomson says the Youngs’ love story is not one based on traditional gender roles but instead, is a love between two human beings who simply cared for and supported one another.

“Colleen’s story is really one of a love that transcends gender,” Thomson says.