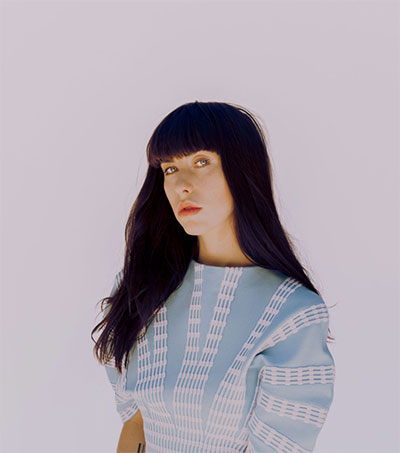 There’s something that connects the music of Skrillex and Paul Simon – some place where these opposite ends of the musical spectrum meet. New Zealander Kimbra, 28, is sure of that. As for what or where that is exactly, she’s still figuring it out. She headlines Metro Music Hall in Salt Lake City, Utah on 23 May.

Kimbra released her third album, Primal Heart, last month. Primal Heart doesn’t solve Kimbra’s query, but it does feature a Skrillex collaboration (“Top of the World”) and a piano ballad that Paul Simon might appreciate (“Version of Me”). The album also pulls Kimbra away slightly from the musical fringes she’s previously frolicked in – and, perhaps, gets her a little closer to linking these opposite forces.

“I was looking for that sense of familiarity: that you’ve heard it before, but you’ve never heard it before,” Kimbra explained during a recent phone interview with Utah daily newspaper, the Deseret News.

That magic blend of the recognizable and the foreign, of the big primal beat and the strange sacred whisper, is the stuff of pop music’s most enduring songs. It’s how a Prince or Beatles tune can make every person feel like it was written just for them. And it’s the space Kimbra is trying to learn to occupy.

After Salt Lake City, Kimbra continues her US tour playing in Phoenix, Arizona on 25 May, then in San Diego, California on 26 May.