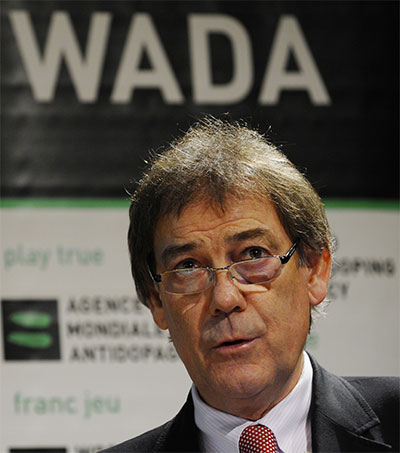 Former head of the World Anti-Doping Agency (Wada), New Zealander David Howman, has added to pressure on the foundation by saying that its testing methods are outdated.

Howman, the director-general of Wada from 2003 to 2016, added that cheats are pouring huge amounts of money into beating the system and that organised crime is “having a field day” in defrauding sport globally because it is not properly policed.

In an exclusive interview with The Telegraph, Howman also admitted his frustration at the possibility that only a fraction of cheats are being punished.

His comments emerge with Wada criticised for its handling of the situation in Russia and the sport reeling from a succession of doping revelations, especially connected to the London 2012 Olympics.

“There needs to be a debate about the whole way in which anti-doping is looked at to see that we are doing things in the most economically efficient and effective manner,” he said.

“If not, are we spending millions and millions of dollars supporting an industry, where a lot of people get paid. Is that what we are doing? Producing an industry rather than protecting clean athletes?”

Wada has been widely censured for granting Russia an extension to a deadline for granting access to its anti-doping data – which eventually it met – with many athletes calling for Russia to be declared non-compliant with the Wada code.

At the last count, meanwhile, the number of positive samples from London 2012 had reached 121 following the recent exposure of Georgian wrestler Davit Modzmanashvili, who was stripped of his silver medal this month.

Howman, who now runs the integrity unit for the International Association of Athletics Federations, said the testing methods aimed at exposing drug-taking are not up to the task.

“Collecting urine and blood is the method currently used, mostly urine,” he said. “This was started in the 60s and early 70s. Most things in our society have been reviewed in that. Most processes in health, in crime, in everything. This hasn’t.

“Why is urine analysis so necessary or so attractive whereas it has been proved that it is not effective in catching cheats?”

Wada revealed that, in 2016, only 1.6 per cent of tests returned positive and less than one per cent resulted in a sanction. In the same year, Russia was revealed to have run a widespread doping programme among its athletes.

“This is something that is pretty dear to my heart,” Howman said. “Even when I was director general I was not comfortable with running an organisation where we had anything between 1 or 2 per cent of positive cases from the lab and even less than that in terms of sanctions. In private enterprise, those results would be unacceptable and even in public service, that would be unacceptable.”