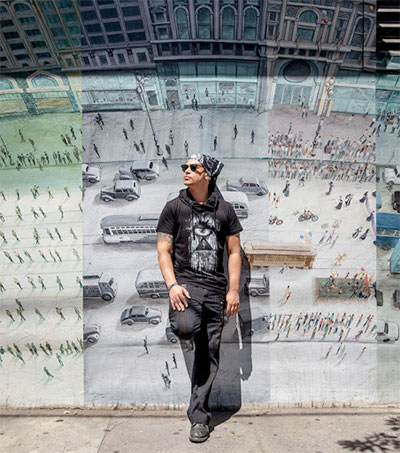 For the last month, 34-year-old former Aucklander Morgan Marquis-Boire has been the director of security for startup First Look Media, a website that has become the most prolific publisher of NSA leaker Edward Snowden’s remaining secrets.

Marquis-Boire’s daunting task is to safeguard those documents, and the communications of reporters who have perhaps the press’ most adversarial relationships with Western intelligence agencies.

Beyond protecting Snowden’s favourite journalists, Marquis-Boire – described by Wired as “a relentless counter-surveillance researcher and a vocal critic of the companies that have created an industry hawking spyware to governments” – sees his decision to leave Google [where he worked for the past six years as an elite security researcher] for First Look as a chance to focus full-time on the problem of protecting reporters and activists as a whole, groups he sees as some of the most sensitive targets for governments globally. “I look at the risk posed to individuals in the real world,” Marquis-Boire says.

Marquis-Boire, the son of two literature professors at the University of Auckland, got started with security experimentation as a teenager in the New Zealand hacker scene under the handle “headhntr.” After starting college, he and a group of friends wrote an article for the university magazine about breaking into the school’s website to take over the server that ran it. On another occasion he was called into a local telecom’s office and “given a stern talking to about using their services as a test lab.”

In 2008, Google hired Marquis-Boire in its Zurich, Switzerland office. He was assigned to cybersecurity incident response at the company not long before the biggest known security crisis in its history: the so-called Aurora hacking operation, in which Chinese hackers breached Google’s network for months and stole information that included source code from its servers. Marquis-Boire became an early member of the core team of network defenders assigned to battle the state-sponsored spies trying to eavesdrop on Google’s users. “He has quite a hacker mind,” says Heather Adkins, Google’s manager of information security, “Of everyone I’ve ever hired at Google, I’d put him in the top one per cent of technical capability.”

Marquis-Boire’s focus turned to protecting journalists in particular earlier this year, when he and other Googlers released research in March showing that 21 out of the 25 top media organizations in the world had been targeted in digital attacks that were likely the work of state-sponsored hackers.

“If you can’t protect your privacy and that of your sources, it’s debatable whether you can actually practice journalism in the traditional sense,” he says. “It’s become apparent we need to provide privacy to those who need it, not just to ourselves.”

First Look Media is founded by Pierre Omidyar, the French-Iranian-American entrepreneur and philanthropist, who is the founder and chairman of the eBay auction site. He became a billionaire at the age of 31 with eBay’s 1998 Initial Public Offering. First Look Media received an initial capital infusion of $50 million from Omidyar, and has set up operations in New York City, San Francisco, and Washington, D.C.

“First Look Media is a marriage between a technology company and a new kind of newsroom,” says Omidyar. “Our goal is to experiment, innovate and overcome existing obstacles to make it easier for journalists to deliver the transformative stories we all need.”