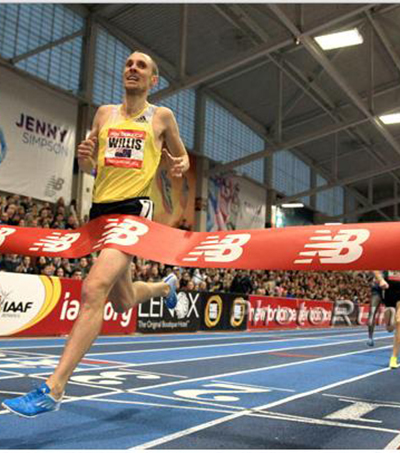 Kiwi middle distance star Nick Willis continued his outstanding build-up to the Glasgow Commonwealth Games with his second personal best inside a week.

Willis broke the New Zealand record for the 3000m, clocking 7:36.91 and finishing third this morning at the latest IAAF World Challenge meeting in Ostrava, Czech Republic.

Six days ago, Willis ran his fastest ever mile at the Bislett Games in Norway with 3:49.83, over a second quicker than his previous best set six years ago.

“I got my primary goal which was to break 3:50,” Willis told the Daily Mail.

“I’m 31 years of age, milestones aren’t run that frequently now so this was a ripe opportunity and one I didn’t want to miss.”

In the 3000m, Kenyan Caleb Ndiku set the world’s fastest time with his winning 7:31.66, while Ethiopia’s Yomif Kejelcha just pipped Willis for second in 7:36.28.

The Beijing Olympics 1500m silver medalist’s effort is the seventh fastest time in the world this year.