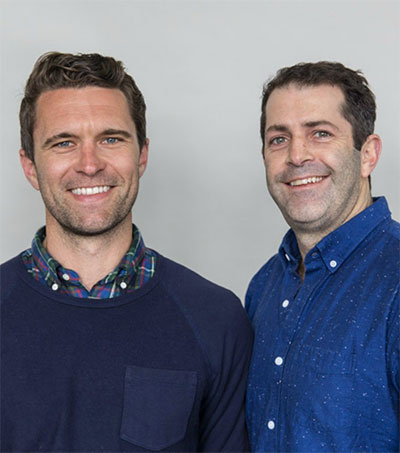 New Zealander Tim Brown (pictured left), a former professional soccer player, noticed an opportunity in the footwear market for minimalist, nonperformance sneakers. So he reinvented a simple lace-up tennis shoe in soft New Zealand merino and launched a Kickstarter campaign in 2014 that quickly raised the cash.

An investment round a year later attracted an additional US$2.25 million, with contributions from Jeff Raider and David Gilboa, co-founders of affordable eyewear brand Warby Parker.

By then, Brown had partnered with Joey Zwillinger, a business-savvy friend working in the biotech industry. He also upgraded the shoes with a super-fine merino wool spun into fabric by the 153-year-old Italian woolen mill Reda, which supplies to luxury brands, including Tom Ford and Giorgio Armani.

“There’s this evolution in branding,” Brown said during a recent interview. “When you look back at Ralph Lauren and Tommy Hilfiger, they were all about logos and marks and almost an emblem of a lifestyle. I think the new types of brands, the Everlanes and the Warby Parkers [and us], don’t have overt markings. We’re more about community and story and product innovation.”

Now the business is dipping its toes into bricks-and-mortar spaces. This May, a flagship Allbirds store debuted in San Francisco, and starting last week, an Allbirds pop-up shop, in partnership with three Los Angeles brands, will open in Grand Central Market on Broadway in downtown Los Angeles through 31 July.

Allbirds’ cozy, machine-washable sneakers, designed to be worn without socks, have been donned by Ryan Gosling, Emma Watson, Matthew McConaughey and wife Camila Alves, amongst others. Affordable and devoid of branding hoopla, the shoes appear to beg for a label such as “normcore,” the style lexicon referencing generic-looking basics with hipster appeal.

“There’s always a bunch of buzz- and trend-words around the narrative of a new style emerging,” said Brown, who lives in San Francisco. “‘Anonymous luxury’ and ‘athleisure’ are others, but I think what’s going on is something greater. It’s a fundamental shift in the way that we work and the way that we play, and comfort is the big driver. You no longer have workwear and homewear. You have stuff you wear all the time.”