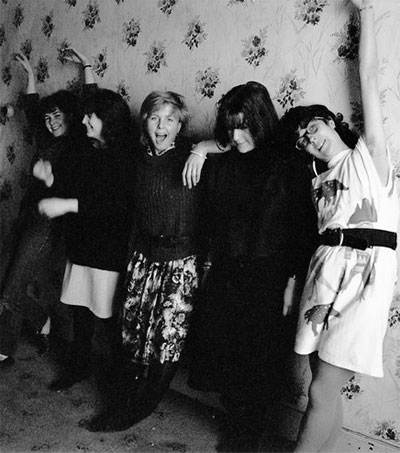 Dunedin band Look Blue Go Purple’s 1985 Bewitched has just been re-released, and US online music magazine Pitchfork deems it one of the “best” recent reissues.

“Like their optimistic, kaleidoscopic moniker suggests, Look Blue Go Purple poured vivacity into a scene that was already chock full of cheery, sparkling songs. But unlike a majority of their peers, the quintet never released an LP, which prevented them from finding a foreign audience despite their mainstream success on the New Zealand pop charts. Still Bewitched, a recent compilation of Look Blue Go Purple’s three EPs and unreleased live rarities, promises to expose a new crowd to the band’s enchanting style.

“After forming in 1983, Look Blue Go Purple debuted with a tight, distinct sound on 1985’s Bewitched EP. The five women fused the gentle guitar pop that was then well-established by their Dunedin/Flying Nun labelmates with the post-punk experimentation of the Slits and the Raincoats, and to a lesser extent, Swell Maps and Television.

“Without Look Blue Go Purple, any definition of the Dunedin sound is insufficient.”