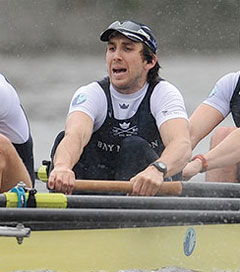 The 10th ever New Zealander competed in the historical Easter Oxford & Cambridge Boat Race, rowing for the Oxford side. Sam O’Connor, 25, never thought it possible for a kid from Christchurch to contest such a famous race. “It wasn’t really on my radar until I went to Harvard and knew people in it,” O’Connor said of the traditional crossover US Ivy Leaguers make to their UK equivalent. “Since I’ve been here, I understand how big it is, doing the weigh-in with a big media presence and photographers snapping away,” the 2006 world junior champion said.