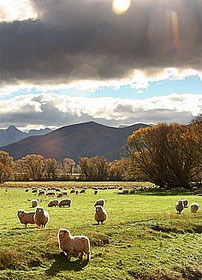 Researchers from Massey University in Wellington have found that growing up on a farm is linked to an increased risk of developing blood cancer later in life. The academics studied the death certificates of 114, people and analysed how many had farmers for parents as well as the causes of their death. They found that between 1998 and 23, just over 3 people in the subject group died of blood cancers such as leukaemia, multiple myeloma and non-Hodgkin’s lymphoma. Those who had spent their early life on poultry farms were found to be three times as likely to develop blood cancers as those who had not, as did those who grew up on beef cattle farms.