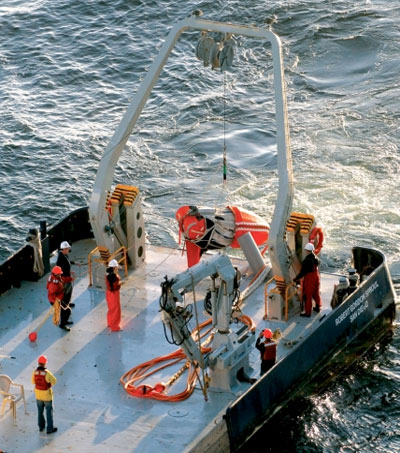 Fourth generation family sea anchor business WA Coppins, a Port of Nelson-based company, has made a big splash with one of the world’s most influential business thinkers, American author Tom Peters.

Peters, author of the bestselling Search of Excellence, listed WA Coppins, which has been working with the US Navy producing para sea anchors, as one of New Zealand’s most impressive companies.

Peters said WA Coppins, established in 1898, was an example of how New Zealand SMEs can follow the lead of Germany’s Mittelstand (medium sized enterprises) to drive economic growth.

“WA Coppins is a class of company that can be aspired to by many Kiwi firms,” he said.

“They demonstrate that you don’t have to be in software or biotech to be ‘sexy’.”

WA Coppins has been working with the US Navy for seven years and has several other “highly classified” contracts for military equipment. It also has confidential contracts with international defence supplier BAE Systems.

Sea Arrestors are a safety mechanism that are helicoptered to stranded or distressed vessels to stop them drifting or capsizing at sea.