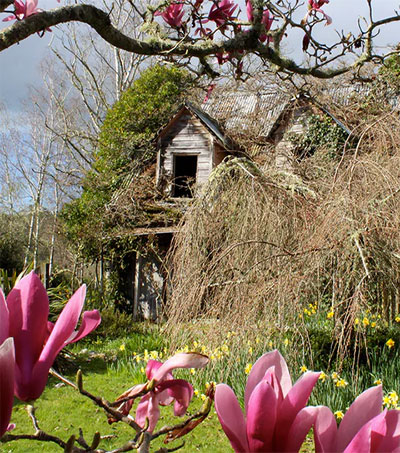 Chills and Thrills in the Top of the South

From alpine lakes to sunken valleys, the South Island serves up seven days of astounding scenery, adrenaline adventures and great food; the Guardian’s Nikki Marshall and her boyfriend takes the Top of the South touring route.

From quake-hit Christchurch and whale-watching hub Kaikoura, through alpine terrain and the country’s biggest wine region, to end in Nelson famed for art, food and sunshine. We’ve jet boated through rapids, bathed in thermal pools, biked between vineyards and kayaked in the Marlborough Sounds.

On the shores of Lake Rotoiti as bellbirds chime and wind gusts dance across the water, we watch clouds turn peachy pink – and their reflections in the lake glow gold. We wish we had a spare day to take the tramping track all the way around it.

After a late start, it’s time to lose some altitude on our way to Marlborough. Almost every inland road we’ve been on has followed a river valley; this morning it’s the same except that the lowland rapidly widens and we’re driving through row upon row of sun-kissed grapes. There are still mountains on both sides – they’re just further apart now.

The next morning we’re back at the coast, gazing at the glory of Queen Charlotte Sound. It’s the best-known of the Marlborough Sounds – a network of sunken river valleys that make up a fifth of New Zealand’s total coastline. We might be looking towards the sea but we haven’t left high ground behind – wooded hills rise steeply from the turquoise water. We’re at Ngakuta Bay for a sea kayaking tour with Marlborough Sounds Adventure Company.

As we stop at a Havelock greenshell mussel farm, Marlborough man Ryan describes the life cycle of mussels – they’re grown from a “white ooze” found on seaweed, a teaspoon of which will yield up to 10,000. The 730 farms here produce about 70 per cent of the world’s supply of greenshell mussels. (Once called greenlip, they were rebranded for the US market – “Because who likes green lips?”) We’d been promised a chance to sample the produce but are staggered to be served up 5kg of just-harvested, freshly steamed, giant-but-tender shellfish with a glass of sauv blanc.

“We like to underpromise and overdeliver,” Ryan says, adding that a French visitor once demolished 7kg of mussels by himself.

The best bit is a loop west of Nelson, through Upper Moutere and Motueka. We buy pottery at the beautiful historic home studio of Owen Bartlett and Katie Gold, admire sculptures by Michael MacMillan, then stop for a wine tasting with Lou at Kina Beach Vineyard, a picture-perfect setting that offers guest quarters in a 1930s schoolhouse overlooking the sea and the vines.