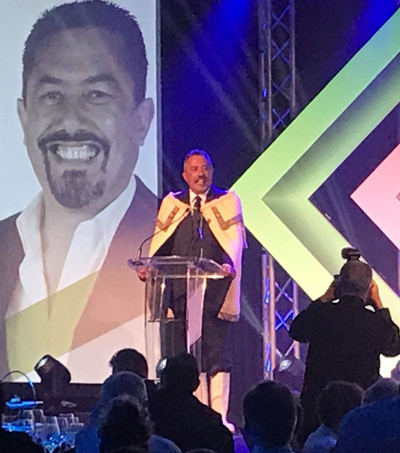 “His determination to shine a light on the effects and impacts of mental health, particularly among Māori and young people, is as uncompromising as it is confronting,” said Cameron Bennett, Chief judge of the awards.

“Mike’s in your face, brutally honest and hugely funny, he doesn’t back down.”

“It’s that courage and resolve that makes him so relatable to at-risk rangitahi that others can’t reach, Mike King is a great New Zealander of the Year,” said Bennett.

“Working alongside other mental health professionals, King has been the driving force behind many initiatives helping shift the way New Zealanders think about mental health, drawing on his own experiences of mental illness,” as reported in the article.

“This year a total of 448 nominations were received for the title of New Zealander of the Year.”