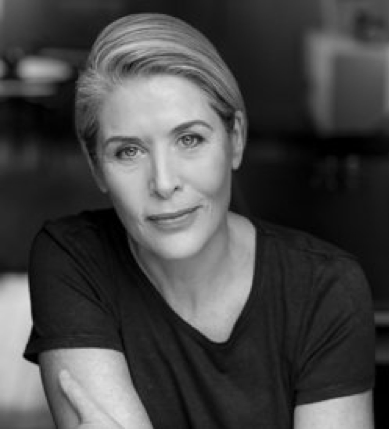 The actress was awarded the title by Prime Minister Jacinda Ardern.

Other finalists in the running for the award included Peter Beck – the chief executive of RocketLab, and Professor Jane Harding from Auckland University’s Liggins Institute.

New Zealander of the Year patron and former Prime Minister Jim Bolger said Ward-Lealand was an “outstanding choice” for the award.

“Her devotion to the performing arts sector has profoundly shaped the industry to better look after its people and represent New Zealand more authentically.

“But her positive influence for change extends far beyond performing arts. Her lifetime of volunteering and advocacy for Te Reo Māori me ngā Tikanga has helped revitalise the language in New Zealand and has created opportunities for the expression of Māori identity and culture.

“Jennifer exemplifies what it means to be a New Zealander.”

In all these endeavors, she has shown an genuine commitment and passion for te reo Māori me ōna tikanga, showing the way to an authentic bi-cultural society.

Jennifer was gifted the name Te Atamira (The Stage) by Sir Tīmoti Kāretu and the late Dr Te Wharehuia Milroy for her championing of te reo throughout the performing arts community.

As a teacher, Jennifer is involved in all aspects of screen and theatre work and is a direct mentor to emerging actors, filmmakers and writers; she has been training and working as an intimacy coordinator on stage and screen where she is one of the pioneers of this important emerging field.

She is also President of Equity New Zealand, co-founder of Watershed Theatre, a co-founder of the drama school The Actors’ Program, a trust board member of The Actors Benevolent Fund, 2018 SPADA/Data Book Industry Champion, Patron of The Auckland Performing Arts Centre (since its inception in 2000), Patron of Q Theatre (since its inception in 2011) and patron of Theatre New Zealand (since 2019).

In 2019 she was made a Companion of the New Zealand Order of Merit for her services to theatre, film, and television, and her advocacy for actors’ working conditions and pay.

Buckley Systems supplies machinery used in the manufacture of more than 90 per cent of the world’s total output of chips. Now, Bill Buckley and his company, Neutron Therapeutics, have designed and built a BNCT (Boron Neutron Capture Therapy) machine which is a cancer treating machine.

The machine has been installed in Helsinki University Hospital in Finland with treatment trials due to commence in 2020. It is considered a significant breakthrough in cancer treatment.

Typically, with traditional treatments, a patient will have to go through 30 fractions of radiation which has significant physical implications and side effects. However, the BNCT machine does it in one fraction of radiation without the physical side effects and delivers the treatment much more accurately.

Good Bitches Baking (GBB) is a registered charity which delivers home baking to New Zealanders going through trauma or difficulty. In the past five years it has helped more than 650,000 people.

As a charity, it relies on public donations and its enterprise to keep running. GBB’s purpose is to make Aotearoa the ‘kindest place on earth’. The charity was founded by two Wellington women, Nicole Murray and Marie Fitzpatrick. Both women were recipients of the New Zealand Order of Merit in the Queen’s Birthday awards in 2019.

The charity regards itself as a virtual community with 2100 volunteers throughout New Zealand, in 24 local chapters. GBB is volunteer driven – with only one part-time staff member for general administration.

Dame Margaret Sparrow has made extraordinary contributions to the field of sexual and reproductive health and has been a trailblazer in the campaign for legal abortions in New Zealand.

Working in the student health centre at Victoria University in the late 1960s, she ignored the rules that allowed contraception to be given only to married couples, making information available to all students. The Wellington Family Planning Clinic is named after her.

Dame Margaret was appointed a Member of the Order of the British Empire, for services to medicine and the community, and in 1993 she was awarded the New Zealand Suffrage Centennial Medal.

Since Nick Loosley established Everybody Eats two years ago, he has saved more than 30 tonnes of good food from going into landfills and provided more than 30,000 restaurant-quality meals to people, most of whom could not afford to pay.

Everybody Eats is a registered charity but aims to cover most costs through the pay-as-you-feel model, rather than with grants and agency funding.

The point of difference at Everybody Eats is that this is not a regular soup kitchen. While its main reason for being is to feed those who are struggling financially, the restaurant is open to anyone. The volunteer-run restaurant promotes connection by using communal tables and breaks down social barriers with people from all walks of life, and different cultures all enjoying a meal together.

Georgia Hale is a champion sportsperson who has represented New Zealand in four separate sports. She has used her sporting profile as a platform to create a huge community impact around New Zealand.

Georgia is one of the youngest-ever captains in New Zealand sport, captaining the Women’s Warriors Rugby League team when she was only 24. She has represented New Zealand in touch, tag, league nines and league thirteens.

Georgia has dedicated herself to supporting communities. She influences thousands of children by visiting schools around the country and teaching students how to live a healthy lifestyle. She has set up a number of community initiatives with the Warriors, including the Great Charity Day which raised more than $120,000 in its first two years.

She has also set up a number of initiatives through her platform to help young children, rural communities, the intellectually disabled, and a wide range of other charities. A role model to many, Georgia epitomises a young New Zealander who is striving to better herself and the communities around her.