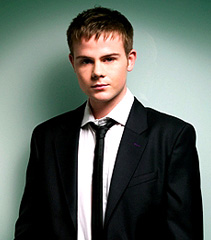 Fame from the field

Wellington-born Singer Will Martin, 24, is one of a number of classical crossover performers who, writes the Times Online, made their “big break” singing the national anthem at a sporting event. Martin first performed before an All Blacks game in New Zealand in 2005, and since then has sung at Wembley, the Millennium Stadium, Ascot and Old Trafford, as well as for the Royal Olympic Association. “I’m not naive enough to believe that record companies watch sports events looking for a new star,” says Martin. “But when you’re singing to a huge crowd and a TV audience that can be in the tens of millions, it is an opportunity to touch people where it matters most… in the heart.” “For a certain genre of artist, performing at sporting events is becoming a more and more important part of their career development,” says Julian Marks, of Event 360, which provides on-pitch entertainment for Wembley. “The artist’s job is also to heighten the atmosphere and to support the home team.” Martin’s debut album ‘A New World’ was released in September.

Tags: Times (The)  Will Martin