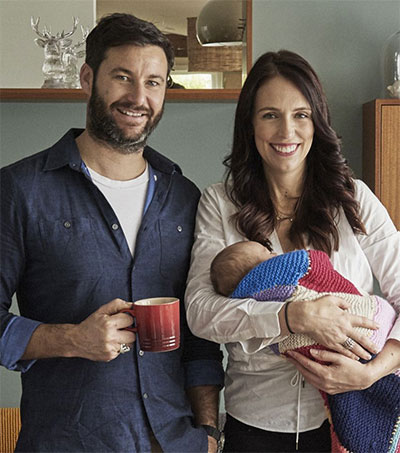 Jacinda Ardern Returns to Work with Neve in Tow

Juggling the needs of a baby and running a country became a reality for New Zealand’s prime minister as she returned to work after becoming the first western leader to have a child in office.

“I might be at the odd press conference with a little bit of spill on me because I’m not going to hide the imperfections of parenting, I don’t think anyone needs that,” Jacinda Ardern said hours after ending six weeks’ maternity leave since the birth of her daughter Neve on 21 June.

Ardern said she intended to take her child to New York next month where she is expected to address the United Nations.

Ardern flew to Wellington in the weekend to return to the prime minister’s official residence.