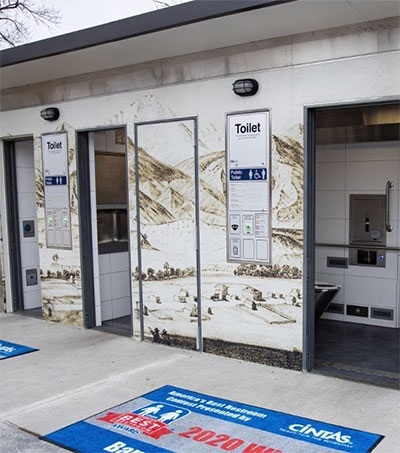 The West Auckland-designed and manufactured Exeloo unit was named top toilet at the inaugural Best Restroom in America awards, which were held in November, Esther Taunton reports for Stuff.

The “touchless” toilet was the subject of a viral post on popular social media platform TikTok when it first opened at Bancroft Park in Colorado.

As well as racking up millions of views, the toilet also attracted attention from media and locals alike, leaving some “shocked” by its unusual facilities, Taunton writes.

“It was very different. It felt like I was in the future,” Bancroft Park woman Kamlynn Potee told US television channel Fox 21.