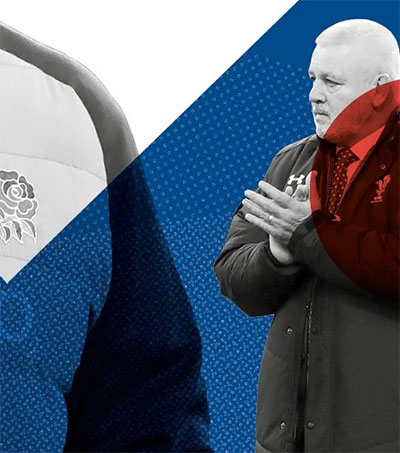 “At the end of Rugby World Cup 2019, we can expect a fascinating merry-go-round of experienced Test coaches,” according to the Telegraph’s Charlie Morgan. “Should England underperform, Eddie Jones’ two-year contract extension will be terminated. Then there is Warren Gatland, poised to leave Wales as Wayne Pivac replaces him.

“Back in April, then-RFU chief executive Steve Brown said that the New Zealander would not be ‘off limits’. Earlier this month, Brown’s interim successor Nigel Melville – who brought Gatland to Wasps back in 2002 – added: ‘I’ll speak to Warren and a number of others and then we’ll see.’

“Gatland celebrates his 56th birthday next September. Only he can say whether he would have the appetite for a wide scouting remit following the relentless Gallagher Premiership schedule as well as player welfare issues and club-country politics that are only becoming more complicated. There are certainly a few unsavoury aspects to the job.

“New Zealand might swoop for him anyway. But if Gatland does fancy taking over at Twickenham, England supporters should anticipate him exerting his influence on the position in a few characteristic ways.

“Wales’ current Rugby World Cup cycle has been a story of enhancing squad depth while simultaneously sharpening their attack. A 3-0 whitewash defeat in New Zealand in June 2016 seems to have been the catalyst, or at least vindicated the direction their coaching staff was already taking.

“Perhaps Gatland’s biggest talent is a feel for people. He appears to be an intuitive, emotionally intelligent man manager. And his pedigree is proven.

“England are considering him as an option. It would be crazy not to.”