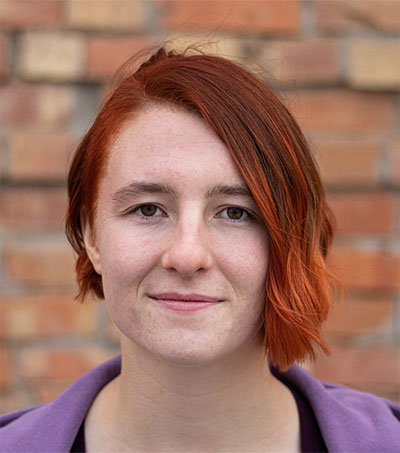 The story of how New Zealander Emerald McGlashan’s artwork ended up in an art gallery in Lindsborg, United States is also the story of how she found a small college – Bethany – in a small town in the middle of Kansas nearly 13,000km from her home. Chad Frey and Newton Kansan interview McGlashan for The Hutchinson News.

“It is a long plane ride,” McGlashan said. “I got here on a soccer scholarship… I transferred here halfway through my freshman year. I went to a community college in Minnesota first.”

While there she found Bethany, and decided to transfer. The midfielder, who gets to run nonstop, is a junior for the Swedes. She hopes to be a photojournalist when she graduates college.

“My goal is to work for the World Scouting Organization as a photojournalist/advertising with them,” McGlashan said.

She found Photo Art Gallery in Lindsborg, almost by accident.

“I just happened on the Photo Art Gallery on my way to Dollar General,” McGlashan said. “I thought, ‘I did not know there was a photo gallery here’. I went in and talked to Charlie, and he asked if I wanted to put my photos up.”

Her show, called ‘Tangible Emotions’, opened on 21 December. She told the Sentinel that this exhibit is made up of photos to instil different feelings in the viewer.

“I chose six emotions that are typically lost in translation when we speak about them in hopes that people might have a better understanding of these abstract and invisible feelings,” McGlashan said.

Anger, frustration, loneliness, hope, uncertainty and tranquillity are the emotions she chose to portray. Most of the images centre around hands.