NZEDGE  >  News  >  Style  >  Educating Brazilians about the Art of Coffee 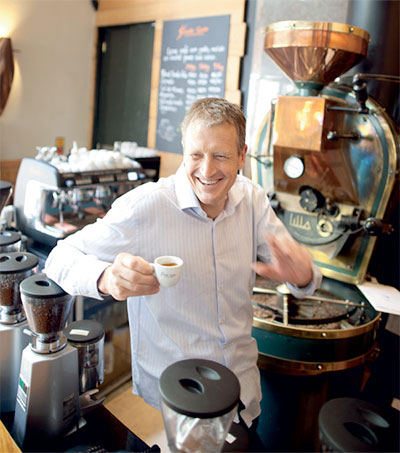 Educating Brazilians about the Art of Coffee

Former Aucklander Marco Kerkmeester, owner of Sao Pãulo-based coffee chain Santo Grão, currently employs more than 200 people across seven stores, and he has grand plans for up to 40 more cafés in the Brazilian capital alone as well as a school for baristas.

Kerkmeester, 48, will never forget the week he opened his first café. He finished telling his story to three well-heeled female customers, then heard them laughing as he walked away. “My waiter overheard them saying, ‘Imagine a New Zealander thinking he could sell coffee to Brazilians’,” says Kerkmeester. “But they all bought coffee.”

Brazil produces more than one third of the world’s total crop (almost six times that of Colombia) but most of the best beans go overseas.

“You were drinking what tasted like charcoal and water just to get your caffeine hit,” Kerkmeester says. “You needed three or four teaspoons of sugar to make it drinkable.”

Coffee was pretty basic and was often served free in restaurants. Kerkmeester wanted to change that. He sourced superior beans from around Brazil, aiming to make the best coffee in the country.

He is proud of his management philosophies. Every site is 50 per cent owned by one of the staff members. “They don’t just work for me, they work for themselves.”