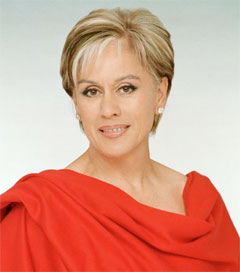 World-renowned New Zealand soprano Dame Kiri Te Kanawa is scheduled to appear on the popular British period soap opera, Downton Abbey. Producers of the show announced that Te Kanawa will appear as a guest of the aristocratic Crawley household, and that viewers can expect her to sing during her appearance. Te Kanawa, 68, has performed with virtually all the major opera companies around the world, though she now concentrates on philanthropy and giving recitals and concerts. She was inducted into the Hollywood Bowl Hall of Fame in 2009. The singer spoke to the Los Angeles Times in 2009 about her career and personal life.