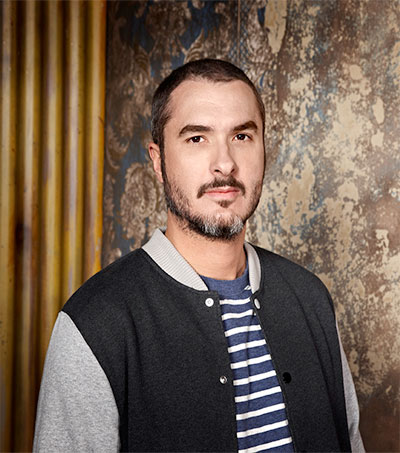 DJ Gets Unrivalled Access to Stars on New MTV Show

Broadcaster Zane Lowe, the voice of the BBC’s popular Radio 1 show, is trying his hand at television with a new show coming to MTV Music, which – despite its mouthful of a title, Relentless Ultra Presents Soundchain With Zane Lowe – has a simple concept.

“It’s about the points on the journey,” Auckland-born Lowe explains. “The people, the songs, the influences, the highs and the lows, the real broad-stroke headlines, pieces of wisdom and advice that have stuck with those artists. Because that stuff stays with you, so it’s about getting those stories and getting that insight into what defines those artists.”

A seven-part series, Soundchain finds Lowe granted intimate audiences with everyone from Queens Of The Stone Age to Nas, Kasabian to Chase & Status.

“New York, LA, Slovenia, London. It’s been good. We’ve been really lucky, we’ve not had closed doors at all. Even subject matters that have, perhaps, been difficult [for the artists] to re-visit has been, but only up to a point where they feel comfortable, and then we move on.”

Hopeful for a web-based aspect to the show, Lowe points to Radio 1 as an example of how traditional mediums can incorporate online elements.

“I think Radio 1 is flying right now. I mean, new changes to the schedule, new DJs, a fresh slate in many ways in terms of on-air talent.”

Lowe recently won Radio Broadcaster of the Year at the Sony Radio Awards 2014.