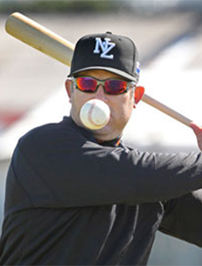 “Starved of funding, given little public attention, and overshadowed by a more popular close cousin, baseball has had it rough in New Zealand, the sport’s chief executive Ryan Flynn concedes. But all that could be about to change and Baseball New Zealand’s (BNZ) Flynn said he sees the World Baseball Classic qualifying tournament in Taiwan as a potential game changer for growth. The Diamond Blacks, a mix of locals, North Americans with New Zealand heritage, and Australian-based players, were invited to the November 15-18 final qualifying tournament along with the eighth-ranked host country, Thailand and the Philippines. “This is the real deal right now. It doesn’t get more real than this,” Flynn said.