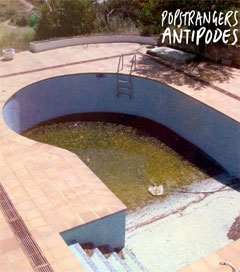 Auckland band Popstrangers have released their debut album Antipodes, an “accomplished and ambitious” record, according to London-based online music magazine musicOMH. “Throughout the album, Popstrangers never leave you feeling comfortable. Just when you think you have them pinned down they throw in an unexpected tempo shift or a strange detuned guitar riff. Antipodes sees the band explore more awkward and noisier sounds. The band first began to make waves with their debut single, the infectious and claustrophobic Heaven. It was not a surprise, then, to see it picked up by fellow New Zealander Zane Lowe to play on his BBC Radio 1 show as part of a segment looking at the future of music.”