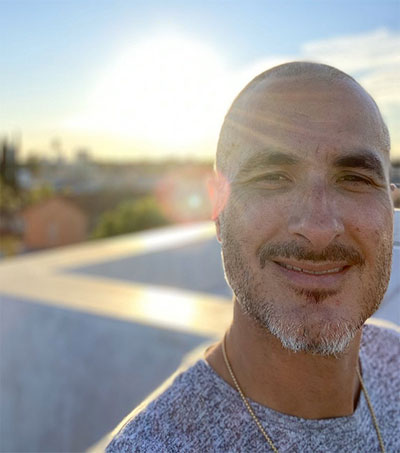 New Zealander Zane Lowe, 46, has a healthy Cali glow, as you’d expect from a man who swapped the rainy gruel of London for the kale-flavoured, free-range chakras of LA four-and-a-half years ago, when he was poached from BBC Radio 1 by music mogul Jimmy Iovine to work as Apple Music’s global creative director, GQ’s chief content officer Jonathan Heaf reports.

“That felt like a giant step,” Lowe tells Heaf, “being part of a team that not only built Beats 1 but helped define Apple Music. I had to learn a new set of skills. At Radio 1 I had it dialled in. I had a time slot; every night at 7pm, my show was an appointment to listen. Back then I brought the music and my audience.

“Suddenly, at Beats 1, I was going into a streaming service, where everything is happening all the time and my audience is already there, making playlists and so on. I had to figure out where I sat in this new world. I remember the day we arrived, I checked into the rental house we had, went and got pizza for my wife and kids, then drove into work at Apple and I didn’t look up for three years.”

Having had a reputation for wielding unbridled enthusiasm for all music and all musicians all of the time – like one of those air-filled “fly guys” you see outside car salesrooms – I was half expecting Lowe to bounce around on the restaurant’s seating like Tom Cruise on Oprah’s couch. Not at all. Lowe, in fact, is one of the most convivial men I’ve ever met, Heaf says.

And our conversation? It ranges from trap artists and the presumed dangers of drill to writing music with Sam Smith, mental health, wondering whether or not to get a beer this drizzly Monday lunchtime, effervescing over the wonders of being in a meeting with Iovine and interviewing a fully jet-lagged but nonetheless still riveting Thom York from Radiohead. A long conversation with Lowe is like slipping into a bath of warm water, full of benefits and sudsy, contemplative moments.

“The whole world, certainly the world of music, has changed. Distribution used to mean make a record, get artwork done, get a record company to put it in shops, do interviews and then go on tour and see if it engages the audience. Today, how I put my music out, when I put my music out, what time I put my music out, that is all part of the strategy. And for Beats 1 to be a part of that strategy, we need to be equally creative. And that’s my job.”

Lowe is originally from Auckland.