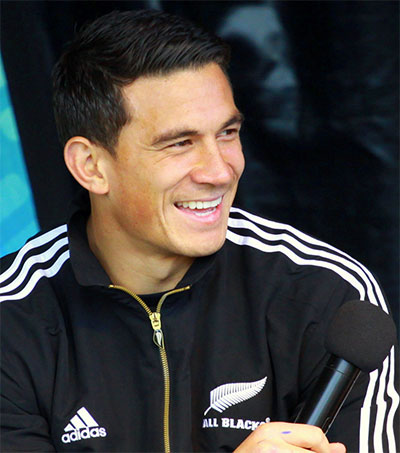 “As long as there have been sports, there have been athletes with the swagger to defy convention. Those who played only by rules they wrote for themselves. And in so doing, they’ve updated more than merely the game – they’ve changed the culture,” GQ says.

“They remain the people’s champs. And the most human heroes of all.”

“At the finals of the 2015 Rugby World Cup, in London, strapping centre Sonny Bill Williams made an audacious move. Receiving the ball at the halfway mark, Williams burst forward, drawing five burly Aussies into his orbit. He waited for his opponents to close right in, and with a delicate flick of his giant wrists, offloaded the ball into the hands of his dreadlocked teammate Ma’a Nonu, who charged into clear air to score a decisive try. It was a flashy play, and the teeming fans at Twickenham stadium thundered in exaltation. It was also the most sublime execution of ‘the offload’ – a signature Sonny Bill Williams move – which until that moment, the rugby orthodoxy had disparaged as showboating and risky, akin to an Allen Iverson behind-the-back pass. Today, the offload is recognised as a vital component of the modern game, and Williams, 36, stands vindicated. ‘If I hadn’t backed myself and pushed the boundaries, would I have achieved what I did?’ asks the All Blacks legend.”