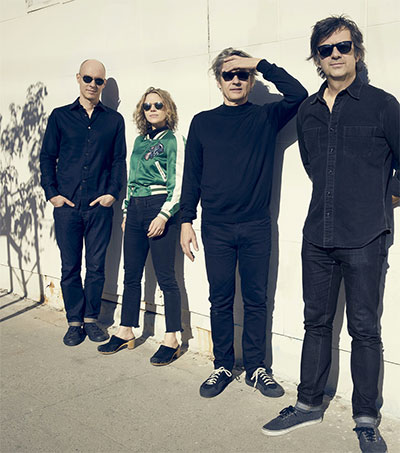 “As Luna singer-guitarist Dean Wareham sings a cover of Bob Dylan’s song Most of the Time, I could swear that the New Zealander is channelling the spirit of Lou Reed,” Andrew Griffin writes in a review of the US-based band’s new cover album, Get Educated for Oklahoma’s Red Dirt Report.

“And that would fit, with Wareham’s notable Kiwi-via-NYC vocal style, his echo-y guitar style (alongside Sean ‘I Didn’t Wave the Flag of Doubt’ Eden) and the song’s subject matter about a man who is plagued with sadness and regret. A fine song choice for a band often compared to the Velvet Underground, as well as being a classy rock band that has been gone far too long.

“There are some unexpected nuggets here. Speaking of Lou Reed and Velvet Undergound, not only do we get Doug Yule’s Friends, a 1973, post-Reed VU song on the overlooked Squeeze LP, and Gin, a song Willie ‘Loco’ Alexander, who briefly played in that latter-day version of the Underground, recorded on his 1982 solo record Solo Loco.

“As an added bonus, Luna also includes an EP titled A Place of Greater Safety, featuring six original instrumental songs, including Captain Pentagon and Ides of March of the Trolls.’ A true gift from a great band. And it’s just our luck, gang, Luna is extending their tour schedule into the spring of 2018, with an April stop at the Granada Theater in Dallas.”

Wareham (pictured second from right), 54, was born in Wellington.