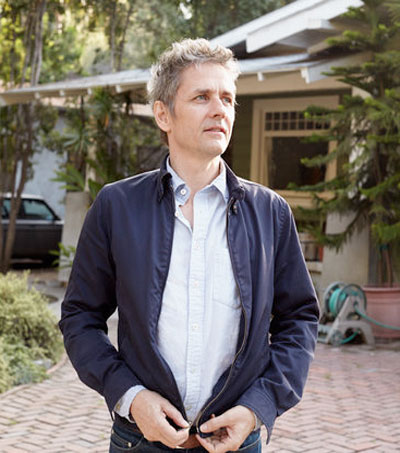 Musician (and occasional actor) New Zealand-born Dean Wareham moved to Los Angeles last year after nearly a quarter-century in New York. Wareham, a permanent fixture in the indie rock scene, “informed a generation of shoegazers and remains a make-out-session staple today,” Eviana Hartman reports for the New York Times, in the publication’s column “My Town”.

Equally beloved as Galaxie 500, the band Wareham formed with a pair of Harvard classmates in the late ‘80s, is his ’90s dream-pop band Luna, through which he met his wife, the singer and bassist Britta Phillips. Together, they’ve spent the last decade or so writing and touring as Dean & Britta. They’ve also been regular collaborators of the director Noah Baumbach, scoring The Squid and the Whale and playing the co-hosts of an awkward dinner party in last year’s Frances Ha.

But for all he has accomplished, Wareham had never made a solo record – until now. Last month, he released his self-titled debut, produced by Jim James of My Morning Jacket.

The album was written before the move, but its mood fits right in with the sun-warmed, languorous feeling of Wareham’s adopted hometown. “People are like, ‘it’s your California record,’” Wareham says. “I’m like, ‘no.’ But I guess some of the songs were written in anticipation.”

Wareham is currently on tour throughout the US ahead of shows in Spain and the UK.

Photo by Jacqueline Di Milia for The New York Times.