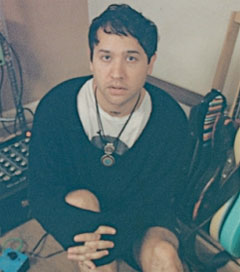 Unknown Mortal Orchestra’s Ruban Nielson, formerly of The Mint Chicks, attributes his former anonymity and general fame-shyness to, in part, being from New Zealand. Emerging on the scene via an obscure Bandcamp profile in the spring of 2010, UMO’s first track “Ffunny Ffriends” told listeners to not “be surprised if we try to be right,” while leaving precisely who “we” was up in the air. Nielson is doubtful of his own nationality or musical genre – making his commentary on music and its place uniquely insightful. Neilson says the band’s latest album, II, “is kind of about being disoriented to a certain degree.” Unknown Mortal Orchestra has been playing sold out shows in the United States. They tour Europe through May and July.