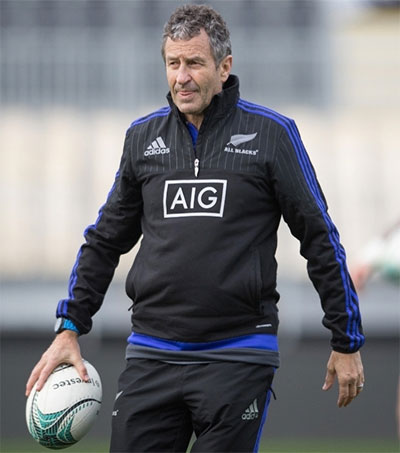 The All Blacks will lose the services of long-serving and successful assistant coach Wayne Smith after the 2017 Rugby Championship, which begins in August.

Smith announced he will take a break from October to consider his future, ending an international coaching involvement which began in 1998. The 35-match former All Black is regarded as one of the game’s smartest minds, helping to oversee World Cup wins in 2011 and 2015 alongside head coaches Graham Henry and Steve Hansen respectively.

Smith, whose most recent brief has been with the All Blacks’ defence, said turning 60 in April prompted an assessment of his future.

“It’s unbelievable to think that I’ve been involved in playing and coaching with the All Blacks for 20 years, a third of my life,” he said.

Former Canterbury five-eighth Smith has had a Midas Touch through most of his career. He won two titles with the Crusaders in the late 1990s before his only All Blacks head coaching tenure, from 2000-01.

Smith returned as an All Blacks assistant last year, ahead of their World Cup defence.

Hansen thanked Smith for his wisdom and support, which he says will be as important as ever in the British and Irish Lions series beginning next month.

He described Smith as a “very special man”.

“He has an unrelenting passion for the game, he’s always been innovative, prepared to speak his mind, and he’s never allowed himself to stop learning. Smithy has been a major contributor to not only New Zealand Rugby but also world rugby.”